What Does it Mean to be a “Reasonable” Parent?

I sit at my desk to write this piece after having spent my week watching over the every move of my son and daughter. While my husband and I have been working from home, we have been switching hats between lawyer, engineer, teacher, entertainer, musician and puppeteer, with some help from our friends at Nintendo and Netflix.

This, of course, is not a normal week but one which has been gifted (or imposed) on us by the Covid-19 pandemic.

Global pandemic or not, parenting is challenging, particularly when you are dealing with a teenager, or worse again, a three-nager. We cannot always be there to watch over the every move of our children. They take the school bus. They ride bikes. They cross roads. They fly drones. They kick balls. They drive cars.

And we, as their parents, can be held responsible for their actions in law if they hurt others or damage property while so doing. At least until they turn 18.

Now, we all strive to be the “perfect” parent, whatever that may be. But fear not, while you may hold yourself to this impossibly high standard, the Court does not.

All you must be is reasonable. A “reasonable” parent – now that, I think, I hope, is a standard I can meet.

What does it mean to be a “reasonable” parent in the eyes of the law? Well, in true lawyer fashion, it depends on the circumstances.

We can, first, look to the Parental Responsibility Act[1] for guidance. Under this provincial statute, parents can be sued for loss of or damage to property caused by their children and for economic loss suffered as a consequence of same. The monetary threshold for recovery is the limits of the Small Claims Court, which is currently $35,000.

The Parental Responsibility Act places a reverse onus on the implicated parent, which means that once it has been established that the damage was caused by the child, the parent will be found automatically responsible for the actions of the child.

Parents can rebut this presumption, however. First, they can satisfy the court that the activity that caused the loss or damage was not intentional. Failing same, to avoid liability, parents will need to prove that they provided “reasonable supervision” over the child at the time the offence was committed and that they made “reasonable efforts” to prevent or discourage the child from engaging in such an activity.

The Court may consider a variety of factors in makings its determination in this regard, including the age of the child, the child’s prior conduct, the potential danger of the activity, the physical and mental capacity of the child, the level of supervision, whether the parent has sought to improve his or her parenting skills by attending parenting courses or otherwise, and any other relevant matter.

What is reasonable supervision is fact-specific and appears very much related to the age of the child. The Landlord and Tenant Board relied on the Parental Responsibility Act to find a tenant responsible for the repairs of a glass front door which was broken by his three and a half year old son.[2] The child was throwing rocks repeatedly at the door, while his mother was distracted speaking to someone in a nearby parked car. Given his age, the Board found that close supervision was required.

As an aside, the effect of this seemingly momentary parenting failure could have had devastating consequences for this family. This result, coupled with the eviction powers under the Residential Tenancies Act, could have seen the family ordered to vacate their home. Fortunately, in the circumstances of that particular case, the Board decided to grant relief from eviction.

In Connolly (Litigation Guardian of) v. Riopelle,[3] an eight year old boy was in the care of his grandfather while his mother was shopping. The child was playing in front of his grandfather’s house unattended for between 30 and 45 minutes when he was struck by a vehicle driven by the defendant driver.

The grandfather moved for summary judgment on the basis that the allegation of negligent supervision made against him did not constitute a genuine issue for trial.

In denying the motion, the Court found that there was a rational basis for the trier of fact to conclude that there was negligent supervision by the grandfather. He failed to look out from time to time to ensure the child was adhering to the rules that had been set.

The child had played in the yard only a few times before, perhaps never before without adult supervision, and it was unknown whether there were attractions in this new setting that could prove too difficult for the child to resist when adults were not around.

If parents have delegated supervision, the court will consider whether that was a reasonable delegation – not whether they arranged for the best type of supervision available.[4] It may look at the age of the babysitter and what happened on any previous occasion that that individual cared for your child.

The case of Shannon v. Westman (Litigation Guardian Of)[5] involved two minors breaking into a neighbours’ house during the summer holidays and stealing several items, including jewellery to the approximate value of $20,000. The Court commented that in the absence of any special circumstances, children are capable of supervising and caring for other children once they are 12 years of age.

As a result, it was not unreasonable for the parents in Shannon to leave the two minors, aged 10 and 14 respectively, without direct supervision while they were at work. Further, no untoward incidents had occurred in the past while the 14 year old was left to supervise.

There was a similar outcome in Cinnirella v C.C., (Litigation Guardian of),[6] a case which arose out of the unlawful use of an automobile by a 15 year old, unlicensed minor. The Court found it reasonable that the parents had left the minor in the care of his 17 year old sister. In fact, there was no evidence led to suggest that he required supervision at all.

Looking Beyond the Parental Responsibility Act

We can look beyond the realms of the Parental Responsibility Act for further examples of what the court considers a reasonable parent. Apportioning fault to the parents of children who have injured themselves or others is not a new phenomenon.

Discussion of what is considered a reasonable parent has arisen frequently in the auto context. As a parent, we all know road safety is crucial. Children are unpredictable. They judge distance, speed and sounds differently than adults. They are easily distracted and impulsive. They can dart out into the street faster than an adult can react.

Where a minor is involved in an auto accident, the courts will pay close attention to whether the parents have provided reasonable instruction on road and traffic safety to the child.

Thereafter, and in negligence cases generally, the factors set out in the Parental Responsibility Act are typically the nature of issues explored and questions asked of parents as a measure of the potential liability for the child’s action.

There is no reverse onus, however, where a claim is based in negligence. The burden of proof remains with the plaintiff to establish that the parents were negligent in the manner in which they supervised their child and that this negligence caused or contributed to the plaintiff’s loss.

In Arnold v. Teno,[7] the Supreme Court of Canada elaborated on the standard of care and the reasonable parent test in such cases. Rather than look to the standards of the larger community or society generally, the Court focussed on the character and habits of the particular neighbourhood where the accident occurred, and the appropriate standard of supervision in that neighbourhood.

Most recently, the Court reiterated this standard of care in Lever et al v. Katerberg in discussing the potential liability of the parents of a five year old girl who was injured by a lawnmower while playing in her neighbour’s yard. The Court heard from several neighbours to determine the community standard of when neighbouring children were playing in each others yards and what parent(s) were responsible for supervising same.

As such, your parenting skills may well be the one area where you should ensure to keep up with the Jones’.

So, what does it mean to be a “reasonable” parent? I am not sure the answer is any clearer, unfortunately. Know that perfection is not the standard. And, as so eloquently put by the Court, “all parents can do is inform and instruct, shelter and sustain.”[8]

Be prudent and lead by example. That, I believe, is the best that we can do to avoid us, or our children, ending up on the wrong side of the law. 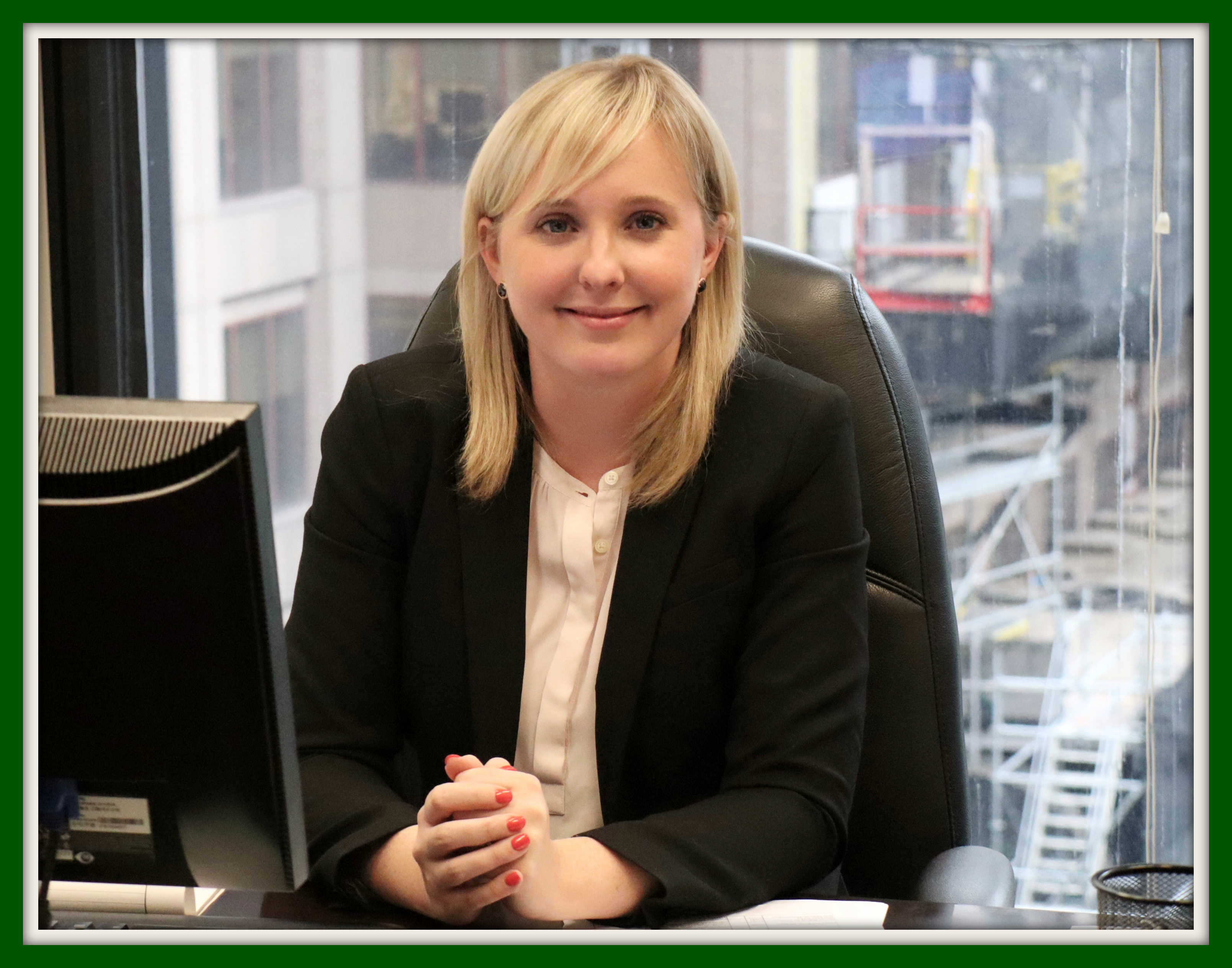